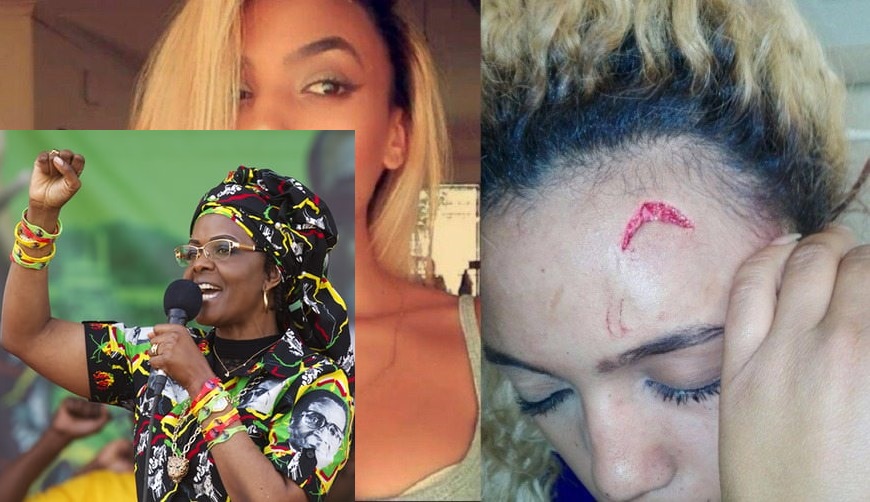 According to police sources, Grace went to the Sandton Police Station, straight to top management, where she and her lawyers briefly met senior police officials.

Zimbabwe’s first lady, Grace Mugabe, was due to hand herself over yesterday at Sandton Police Station in Morningside, northern Joburg.

By the time Daily Sun arrived at the station, she had already gone

“I don’t know what the agreement was with the police, but she soon left the cop shop with her bodyguards,” said the source.

Speaking at the Randburg court where other reporters were waiting in the hopes of seeing her, Zimbabwe Communist Party general secretary Nicholas Mabhena condemned Grace’s behaviour.

He said the law must take its course as it wasn’t the first time she had assaulted someone.“She has an anger problem and needs serious help and counselling.”

He said the woman registered a case of assault.“The investigation into this case has already reached an advanced stage.

“The suspect in this matter cannot be named because she has not yet appeared in court.”

Yesterday afternoon, Police Minister Fikile Mbalula confirmed to media in Wynberg that Zimbabwe’s first lady Grace Mugabe had handed herself over to the police. Later, a police spokesman corrected the minister.

Naidoo said the minister later learned that things didn’t happen as they were reported.

“We do not know her whereabouts at this stage,” said Naidoo.Zimbabwe’s ruling party, Zanu PF, tweeted: “We confirm there was a minor argument between troublemakers and comrade Grace Mugabe.”

The party posted a photo of Engels and said: “She is one of the perpetrators who attacked comrade Grace.“Be careful, comrades.”

Yesterday, the party tweeted: “Yes, it is true, the first lady has returned home after a traumatic experience.”

Are you looking for a new job?

Are you unemployed and want a new job? Or maybe you have a job already and want to find greener pastures? We have all these amazing Job Listings just for you. Take a look and find that amazing Job Today.  – See All Listings

Photos: Statue for Makhadzi has fans confused – Is this her?

South African Women With The Biggest B00TY And Hips: Pictures And...

45 S.E.X Positions that Every Man and Woman MUST KNOW

10 pictures of Gigi LaMayne almost exposing her P#N@N! to us